Mr. Sjobbema specializes in advising tax and legal issues, in which both Dutch law and Swiss tax law play a role. The advice is given by Dr Gerhard Sjobbema (Groningen, 1972), who has been working in consultancy practice since 1997, in particular focused on corporate law and tax law. He is both a lawyer and tax adviser, graduated in tax law at the University of Groningen and received his doctorate in 2006 in (fiscal) law. 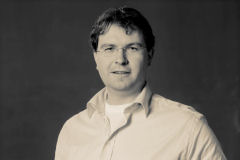 2006: Promotion of the University of Groningen